Video: Police officer steps in as The Beatles ‘Get Back’ to Gastonia rooftop
Luc Séguret
Published 4:18 p.m. ET June 29, 2022

A Gastonia rooftop concert of Beatles music last weekend got “shut down” by a local police department, again.

The band Tangerine Trees played a Sunday show on the rooftop of Esquire Hotel, called “Beatles on the Rooftop,” a reenactment of the famous Beatles show atop the Apple Corps. headquarters in central London on Jan. 30, 1969.

Little did the Tangerine Trees or their audience know that their party would be interrupted by a Gastonia Police officer claiming the music was just too loud.

This turned out to be a joke planned by Michelle Crowder, a friend of the band.

Crowder, a teacher at Grier Middle School in Gastonia, was apparently looking for an officer to play the role of a London “bobby” who famously tried to shut down what would become the Beatles’ last public performance for a breach of peace.

Crowder found Gastonia Police Officer Courtney Stegall working off-duty just down Main Avenue from where the concert was happening. Crowder asked Stegall for help in the prank, and the officer was all in.

Neither band members nor the 50 or so in the audience had any idea what was happening when Officer Stegall interrupted the show, claiming it violated the city’s “noise ordinance,” asking people if they wanted to “go to jail.”

She was met with an ironically loud cheer when she announced she was joking and told everyone to carry on and have a good night.

Tangerine Trees lead singer, Roger Leonhardt, said he thought it was fake, but the more the officer talked, the more he started thinking it was real. Audience members used their cellphone cameras to record the interaction.

At the impromptu Beatles show in 1969, the Fab Four — John Lennon, Paul McCartney, George Harrison and Ringo Starr — played an unannounced 42-minute set. Traffic in London hit a standstill as thousands of people listened from the streets, which led to a police officer threatening to arrest them if they did not stop.

The band negotiated to play one more song, “Get Back,” before ending the concert.
More than 50 years later, Tangerine Trees found themselves in the same situation as they were encored into none other than the famous Beatles song: “Get Back.”

Tangerine Trees had never played this song together until the soundcheck that same day. “We will never forget this,” said Scott Moon, the drummer for Tangerine Trees.

Stegall was happy to play her role. Although she knew who The Beatles were, she had no idea about the original event in 1969 until she went back and Googled it. “I’m just going with what they ask me to do,” she said.

Tangerine Trees is a Beatles tribute band. They play familiar favorites, such as “Lucy in the Sky with Diamonds” (notice the Tangerine Trees reference), as closely to the original as they can.  Their goal is to bring back these special songs that are rarely seen live.

After a Beatles Tribute show in Charlotte in 2019, the four members decided to perform a few of these types of shows each year. Leonhardt and Moon now have many upcoming festivals and concerts around the Carolinas with the other band members, Jimmy Ennis (bassist) and John White (guitarist).

The Esquire Hotel is a luxury hotel that opened in the heart of downtown Gastonia in 2020. This six-story building is one of the highest viewpoints in Gaston County, making it an ideal place for a rooftop concert.

Moon said the view and atmosphere were very memorable.

“It’s the coolest place I’ve ever played in my life,” he said. Although they only had a week to set up the concert, they had a great crowd response, and they hope to play there again. 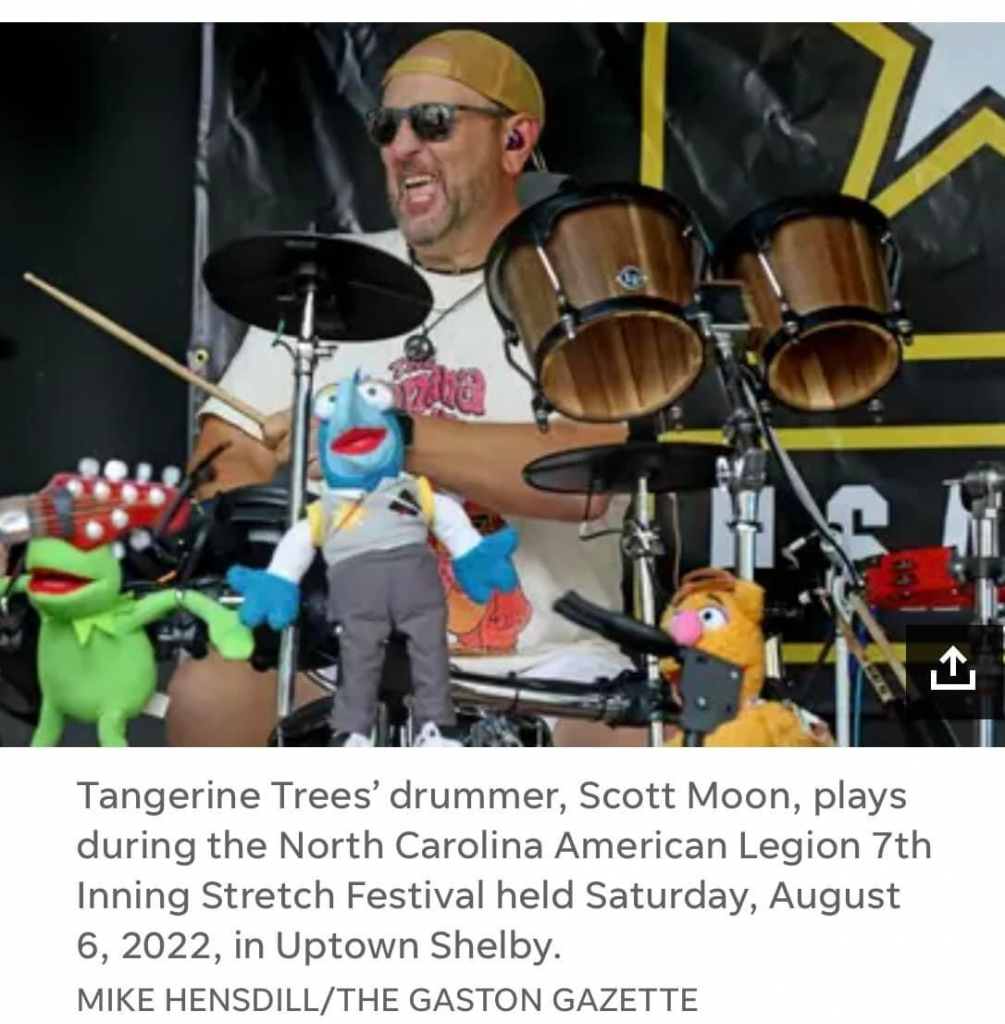 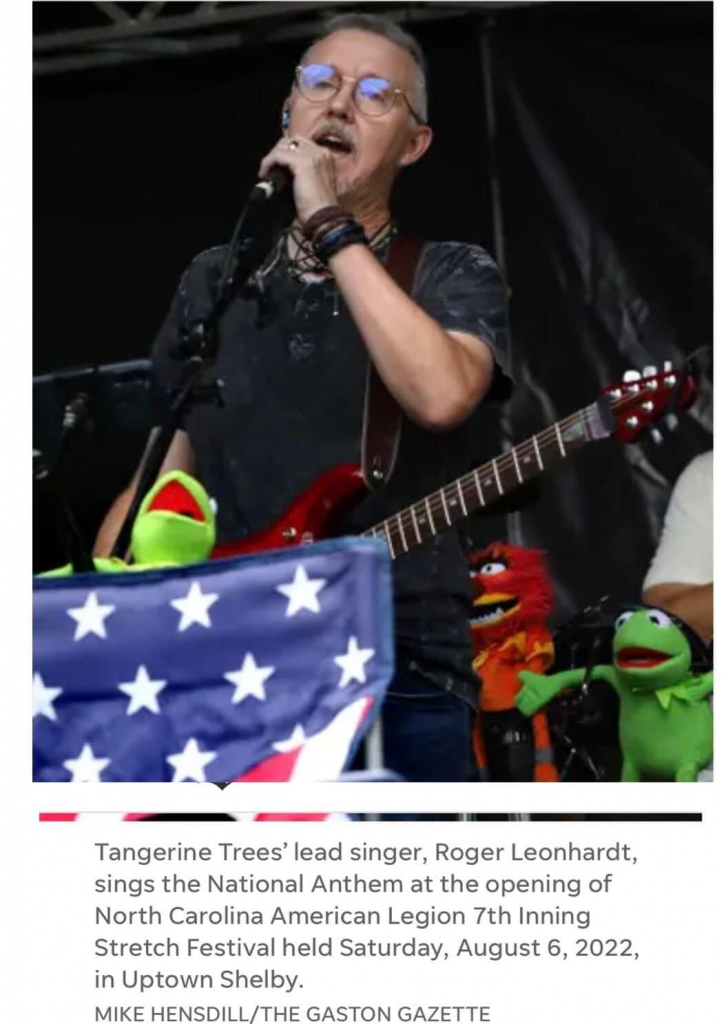 Tangerine Trees – Honoring the music of the Beatles